Our Role in Eradicating Chronic Homelessness

We’re excited to give an update on the Leola Dorsey Center, our permanent supportive housing facility under construction in Howard County.

The three-story center-named after NAACP leader and highly respected civil rights activist Leola Dorsey-will be the first of its kind in Howard County.

It will be a “one-stop shop” for homeless men, women, and children to receive services on their quest to self-reliance. Some of Howard County’s most vulnerable people will gain access to the center as a mailing address, place to shower, computer lab, source for medical exams, opportunity for counseling, and laundry facility.

The Center is truly a community partnership between Volunteers of America Chesapeake, Grassroots (which operates the Day Resource Center), and several government agencies. 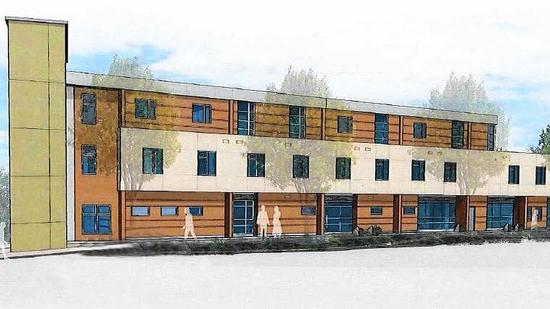 It has already caught the attention of Howard County residents and local news outlets alike.

The HoCo Connect blog wrote, “The new facility opening next year will not only provide needed community resources and support to the homeless population but needed housing for many individuals who today live out in the elements around Route 1.”

Leola Dorsey, who the building is named after, was a NAACP leader in Howard County during the Civil Rights Movement. Her passion for caring for those in need exemplifies Volunteers of America Chesapeake’s mission.

We’ll keep you updated on the renovations!